SPO VIRTUAL CLASSROOMS
Resolution Limits the Magnification of a Light Microscope
With combined lenses, light microscopes would be able to magnify objects millions of times, but the image would be blurry - unresolved. Resolution is the ability to distinguish between objects that are very close together. In other words it relates to the clarity or amount of detail one can see when viewing an image, and resolution is limited by the wavelength of radiation used to view the specimen.
Virtual Microbiology
Classroom
You have free access to a large collection of materials used in a college-level introductory microbiology course. The Virtual Microbiology Classroom provides a wide range of free educational resources including PowerPoint Lectures, Study Guides, Review Questions and Practice Test Questions.

End of Article
How Much Can a Light Microscope Magnify?
<  Back to Page 1
If the objects of interest in the specimen are much smaller than the wavelength of the radiation being used to illuminate them, they do not interfere with or interrupt the waves, and so are not visible. Because the minimum wavelength of visible light is 400nm, light microscopes cannot distinguish between objects closer together than 200nm. 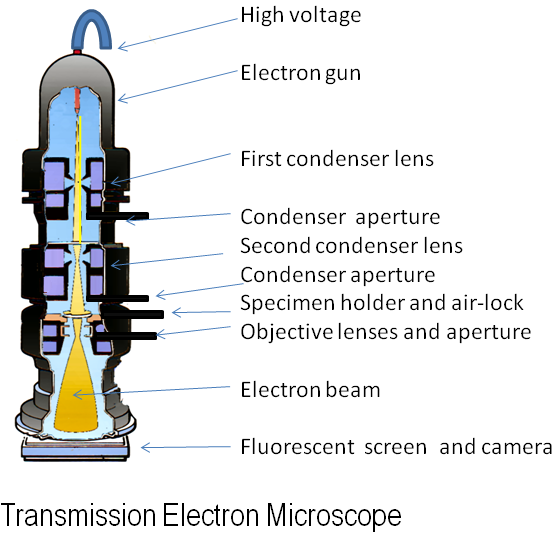 Sources & Resources
In order to clearly see microscopic objects smaller than 200nm, a type of radiation with shorter wavelengths must be used, such as the beam of electrons used in electron microscopes.