Use of Liquid Nutrient Broth Media
for Growing Bacteria
1

For scientists to experiment with and learn more about microbes, they must be able to grow these tiny organisms in a laboratory. This is done using growth media that provides microbes with water, food and a suitable environment
to grow in.
Article Summary: Broth is a nutrient-infused liquid medium used for growing bacteria. Here is a summary of the advantages and disadvantages of this type of bacterial growth medium.
Liquid Nutrient Broth Media for Growing Bacteria 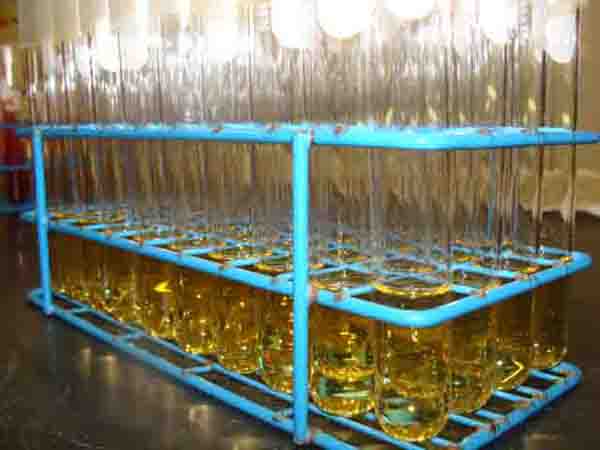 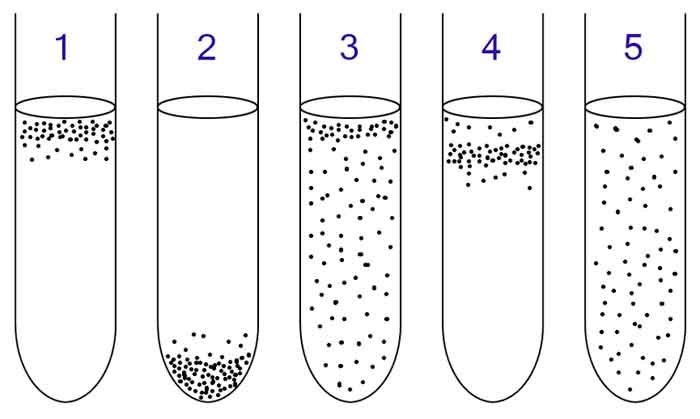 SPO VIRTUAL CLASSROOMS
Media are initially sterilized, then inoculated with the bacteria of interest, and finally incubated for twenty four hours or more, to encourage bacterial growth. 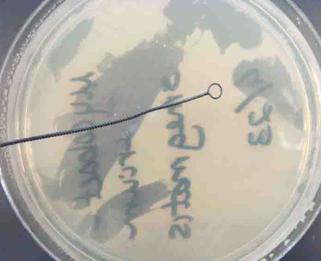 Broth and Agar Bacterial Growth Media
The two main types of bacterial growth media used are liquid broth and solid, Jell-o-like agar. Each has specific advantages and disadvantages. The growing environment used will depend on what the researcher wants to do with, or learn from, the microbes.
Nutrient Broth Bacterial Growth Medium
Nutrient broth is typically made of a powdered beef extract that contains peptones (broken down proteins). The powder is dissolved in water, put in test tubes, and sterilized.
Broth is convenient, as most bacteria will grown in this type of medium, even those with widely different aerotolerances (oxygen requirements).
Different Types of Oxygen Requirements of Bacteria
Unlike animals, bacteria do not all require oxygen. Some bacteria are poisoned by oxygen, others can take it or leave it. Liquid broth allows bacteria to grow at varying oxygen levels, since the oxygen available decreases as the depth of the broth increases. See the test tube diagram below for an illustration of the growth patterns of microbes with different oxygen requirements:
Loop Being Used to Inoculate the Solid Surface of Tryptic Soy Agar in a Petri Dish.
Page last updated: 8/2016 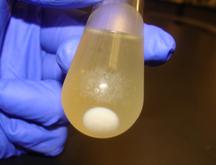 Gently swirl liquid cultures to resuspend any bacteria that may have settled to the bottom of the tube.
Virtual Microbiology
Classroom
You have free access to a large collection of materials used in two college-level introductory microbiology courses (8-week & 16-week). The Virtual Microbiology Classroom provides a wide range of free educational resources including PowerPoint Lectures, Study Guides, Review Questions and Practice Test Questions.