What Is a
Bacterial Endospore?
1

Endospores are hardy, defensive structures that enable some bacteria to survive harmful environmental conditions, such as starvation, high temperatures, desiccation (drying out), chemical disinfectants and extremes in pH.
Article Summary: Some bacteria are able to produce tough, dormant structures called endospores which allow them to survive when stressed.
Bacterial Endospores & Vegetative Cells
1

SPO VIRTUAL CLASSROOMS
Page last updated:
4/2016
Each endospore is produced by a vegetative cell, an active bacterial cell that undergoes metabolism, divides and goes about the daily business of being alive.
Which Bacteria Can form Endospores?
The ability to form endospores, a process called sporulation, is a rare talent. Bacteria that can do this neat trick are few, but include the notable genera Clostridium and Bacillus. See the Wikipedia article on endospores for a list of endospore-forming bacterial genera.
How are Endospores Formed?
When a vegetative cell of an endospore-forming bacteria detects that essential nutrients are running out it begins to sporulate, a process that takes about 8-10 hours and results in the formation of one endospore.
Steps of sporulation include: 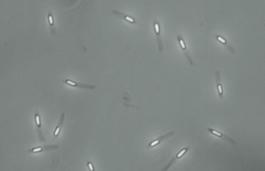 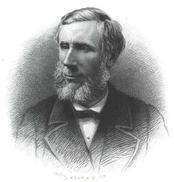 John Tyndall (1820 – 1893), prominent physicist, discoverer of endospores and a method used to destroy them, called Tyndallization.
How Were Endospores Discovered?
John Tyndall, a 17th century European physicist, made many contributions to science, including the discovery that some microbes existed in two forms:
As an endospore, the bacterium is in a dormant, inert state, in which it does not metabolize food (eat) or reproduce, but rather exists in a type of suspended animation, kind of like the seed of a plant.
CLASS NOTES
from the free STEM
education site
Science Prof Online

Tyndallization is still useful for sterilization of growth media in science classes and other situations where modern, expensive autoclaves (instruments that use both heat and pressure to sterilize) are not available for sterilization.
Tyndall found that it took either prolonged or intermittent heating to destroy the resistant heat-stable form. The outcome of his research was a method of sterilizing liquid by heating it to boiling point on successive days, now referred to as Tyndallization. 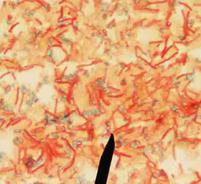