Asetpic Technique for Transferring Bacteria
Once a growing medium is poured into a Petri dish and cooled, it is referred to a “plate.” Plates are made ultimately to be inoculated, that is, have a tiny amount of a pure bacterial culture or a clinical sample streaked across the surface. After inoculation, the plate is usually incubated for at least 24 hours to encourage growth of the sample.
Sterilize Inoculation Loop: Bacterial inoculate can be transferred using an inoculation loop (a.k.a. inoculation wand).
PAGE 2                                                 <  Back to Page 1

End of Article
Learn about Sterile Media for Growing Bacteria
<  Back to Page 1
CLASS NOTES
from the free STEM
education site
Science Prof Online
This instrument is essentially a wire with a small loop at one end and a handle at the other. Since it is made of metal, it can be repeatedly used and then resterilized in a flame or microincinerator.
Allow Loop to Cool: After sterilizing the loop, it must cool briefly, so as not to kill organisms in the sample being transferred. When waiting for the loop to cool, do not wave it around to hasten cooling, and certainly don’t blow on it. Either action could introduce bacterial contamination.
Transfer Bacteria: Once the wand is sterilized and cooled, the bacterial inoculate can be obtained from the source plate and then transferred to the new plate. Streak plate technique is typically used to introduce a pure bacterial sample to a new plate and spread that sample out sparsely enough to facilitate the growth of distinct bacterial colonies. 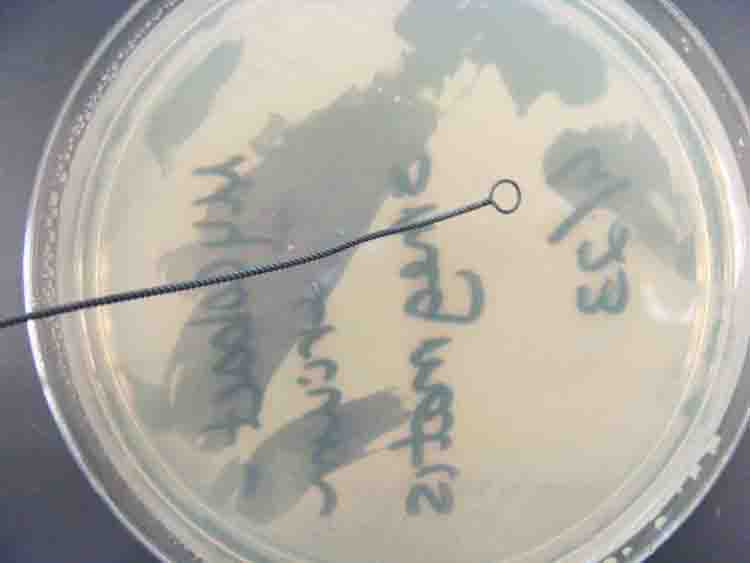 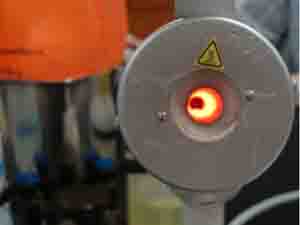 Microincinerator used to sterilize inoculation loops.
Sources and Resources
When clinical samples are plated, a sterile swab is used to obtain the biological sample from the patient (such as throat swab) and to transfer that sample to a plate. 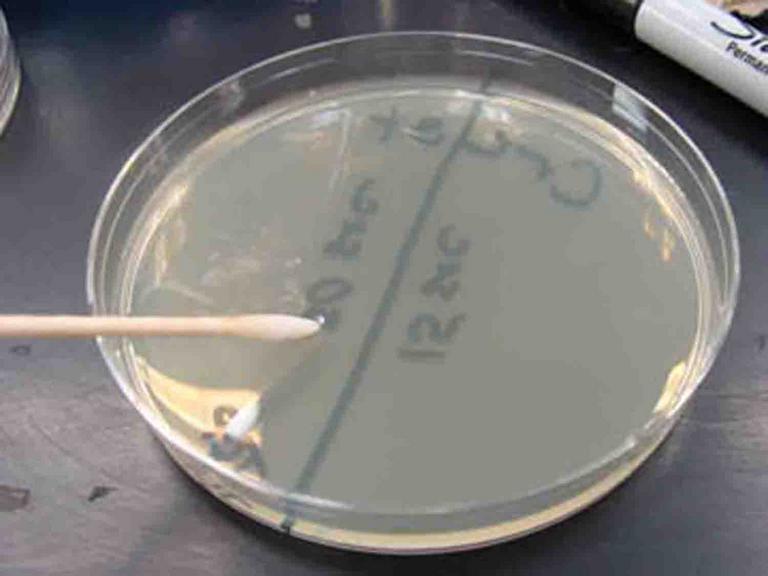